Have you neen charged with Evading Police and are looking for more information?

This charge suggests an extended police chase along the highway with lights and sirens possibly even police air following. However, it could be as uneventful as the police activating lights and sirens and your vehicle turning a corner making no effort to stop. This Evading Police or “Failing to Stop” has significant consequences even at the lower end of the sentencing options. Upon conviction of this charge, the sentencing court must disqualify the defendant from holding or obtaining a driver license for a mandatory minimum period of two years.

What does the Prosecution need to prove beyond resonable doubt?

Charges can be broken down it the ‘elements’ of the offence where the lawyers then examine the evidence the police may hold and your instructions to test the strength of the charge. The “elements” are the puzzle pieces of a charge.  If all elements can be proven beyond reasonable doubt and no defences are raised successfully at a trial, you could be found guilty of the charge. Below are the elements of the charge.

Element 1: A Police officer exercising a power under an Act Expand

Remembering the police has broad powers under various Acts, consider if there was a lawful exercise of power.

The officer exercising the power in element two was in a police vehicle.

Such as the use of lights and sirens. See section 748 for the ways a police officer can give the direction. Lights and sirens or physical or audible signal.

Element 5: As soon as reasonably practicable if a reasonable person would stop the motor vehicle in the circumstances. Expand

You must failed to stop the vehicle as soon as it was reasonably practicable for a reasonable person (Objective test). It is sufficient evidence of the commission of the offence if the evidence is that the driver, in failing to stop, took action to avoid being intercepted by a police officer (See subsection 4).

Some of the considerations your lawyer will be aware of

Mandatory sentencing is a live issue with this charge, the courts are faced with either imposing  50 days served in a correctional facility or a significant fine. Commissioner of Police v Broederlow [2020] QCA 16 is cited as the authority of a court not having the power to impose probation, the issue of law in this appeal was a wording of mandatory sentencing in the Weapons Act that has the exact wording as it is found in this section of the Police Powers & Responsibilities Act. Total bummer because for a while a line of case following Doig v Commissioner of Police [2016] QDC 320 allowed Magistrates to impose a sentence of probation.

Where is the source of the charge at law? Expand

What is the maximum penalty for the charge Expand

What court will hear the charge? Expand

The Magistrates Court here this charge.

Are there alternate charges? or Risk Factors? Expand

In some instances, the alternate charge under s 60 of the PPRA of “Stopping vehicles for prescribed purposes” could be open as a substituted charge which has only a fine as the penalties open at sentencing.

Not the driver - but issued with a Notice and charged Expand

What are some of the Defences to Evading Police

This not a "defence" as the law applies see it, but an approach the defence might take in preventing the prosecution from proving the 1st element above to the standard of beyond reasonable doubt.

Can the Prosecution prove it was you? In some cases, the identity of the person who did the assault causing the bodily harm might not be readily identified. An example would be if there the assault occurred in a dark part of town, the complainant was near sighted and drunk and only a poor description of the defendant was given.

Reasonable person would not have stopped? Expand

This is not a defence but a way of weakening one the elements of the charge. This will depend on all the evidence and your instructions and will come down to if the Presiding Magistrate at a trial was of the view a reasonable person would not have stopped when the police allege you should have.

Can the charge be 'Case Conferenced'?

For criminal charges in Queensland, your defence lawyer will review your charges, the possible evidence and your instructions to start negotiating the charges. The aim of case conferencing for defence lawyers is to place you in the most favorable position by resisting charges and facts that are not supported by evidence, law or contrary to your instructions.

At the start of your case, you are provided the police version of the facts but not the evidence relied upon. Your lawyer will seek the disclosure of materials to clarify the facts further or determine the strength of the case against you.

Example: After an incident at the local pub, you have been charged with assault occasioning bodily harm. The police facts note the incident was recorded on CCTV and have sought the CCTV be disclosed to see if the footage supports the police version (or have left out important facts supporting your version) and medical records.

You might wish to plead guilty to the offences, but the police materials are different to your version of the events. Defence lawyers propose amendments, additions or removal of facts so the matters do not need to go to hearing. From a defence perspective, the purpose of conferencing on the facts is to remove irrelevant information or facts that may result in a higher sentence.

Example: CCTV records you striking a person several times. The police facts state it was "5 punches", but the footage is unclear. Through case conferencing the facts were amended to “struck the victim a number of times” or “the complainant was struck twice”.

For Evade Police, the severity of the facts could be the difference between the very large fine and having to serve at least 50 days in prison.

Example: You have been charged with assault occasioning bodily harm, however the medical evidence does not support the charge. As a result of conferencing, the charge was amended to the less serious charge of common assault.

Charges are not set in stone after the police issue with the notice to appear or release you on bail. Often the police will “over charge” and though the process of case conferencing more appropriate charges are agreed to.

Example: The police do a search of your property and locate your phone. After searching your phone a few text messages are found where you have offered to supply a few people (or even one person a number of times) the cannabis. The police charge you with trafficking in cannabis. After reviewing the evidence the defence lawyers and prosecution agree that 3 charges of supply is far more appropriate.

For an Evade Police, in some instances, the alternate charge under s 60 of the PPRA of “Stopping vehicles for prescribed purposes” could be open as a substituted charge which has only a fine as the penalties open at sentencing.

What you can do to mitigate penalty if you are pleading guilty to a charge of Evading Police?

Demonstrating employment through a letter of employment assists the court to see you are productive and able to maintain responsibilities whilst being a member of the community. The letter could address your responsibilities, how long you have been employed and your attitude towards work.

Your Murray Torcetti Lawyer will review the letter of employment ahead of court to ensure all important points are addressed in the letter.

Character references assist the court by showing you have other parts to your character. You are more than a moment in time as read out by the prosecutor. You may be an active member of the community, provide support to a person in need or be able to demonstrate this was out of character.

Before the court date your Murray Torcetti Lawyer will review the references to ensure the letters achieve what is intended by the people who have taken the time and effort to assist you at your sentencing date.

Remorse can be seen as a deep regret and repentance for a wrong committed. Letters of remorse can be tendered to the court at your sentencing to show the court you have insight into your behaviour and its impact on others.

If you are going to enter a plea of guilty to the charge, attendance at a counselling program will assist the court to see you have a better understanding of your behavior and demonstrated a willingness to change so it does not happen again.

Your Murray Torcetti Lawyer can suggest local programs you can take part in if relevant to your situation. 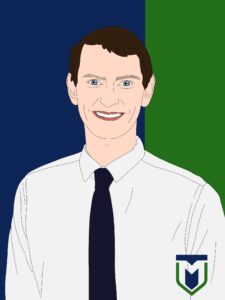 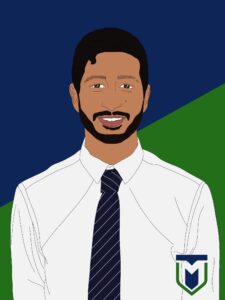 I must say, when simply Listening is the hardest thing people find to do properly on this planet, Miles is fantastic. His ability to listen come from a fantastic Attitude overall. I was very very happy with all that this firm did for me. I have absolutely no hesitation to recommend these guys to any of my friends or colleagues. Thank you.

Mr James Torcetti, Legal Practice Director, had total control of my case and represented me each time we went to court. I didn't have to appear in court except for the first time and the main time, being the final outcome. James gave me confidence and my self respect back, with his high standard of ethics. James made me feel comfortable and went out of his way to do his best to keep on top of things referring to my case, for the best outcome. I was overjoyed with the outcome of my case as I was convinced I would be walking out the back door instead of the front door and James was very truthful with me and never sugarcoated my situation. James also gave me the opportunity to make weekly payments to pay off his account.
I highly recommend Mr James Torcetti, and would definitely use his services again, however I hope I don't have to.

Murray Torcetti Lawyers were engaged to assist with providing legal advice for a criminal case and to get the best possible outcome without prejudice or judgment. It has been a long hard haul for the family and we have had a successful outcome. This didn’t come easy for both parties, there were some challenges but all the way through we were kept informed of progress and potential outcomes and potential strategies to ensure the best result. They have been a brilliant to deal with (even when there was bad news), they have remained compassionate, professional and responsive at all times and for this my family is very grateful. Well done and thank you.

Download the Evade Police "element sheet' the Murray Torcetti Lawyers use when reviewing the charge.

Because lawyers love a good disclaimer – here is ours – It boils down to: If you need legal advice see a lawyer. Dr Google isn’t going to prescribe you meds if you are sick, Google LLB isn’t going to give you advice or information specific to your situation. While care and attention to the above has been taken, it is never going to be accurate enough for your situation to be relied upon for legal advice and should be taken as general information only.  If you need legal assistance. See a lawyer. We are lawyers, you can absolutely call us on 07 5414 4209. Criminal law is what we do.