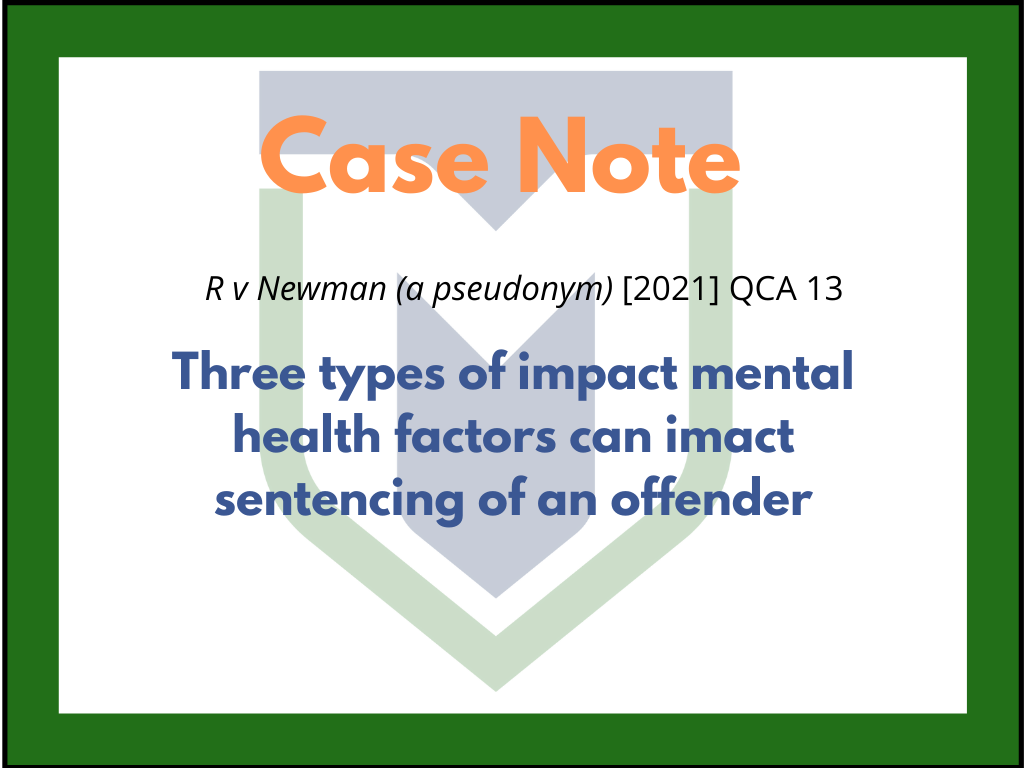 Murray Torcetti Lawyers are criminal lawyers in Caboolture. We write our own case notes from recent criminal decisions for internal purposes.

However, unlike your annoying sibling, we don’t mind sharing.

Facts: A 14-year-old sexually assaulted a six-year-old girl, full details of the assault are in the case, sufficient to say it was particularly abhorrent.

The presiding judge sentenced the appellant to 3 ½ year detention to serve 60%. The appeal was on the basis the youth should only serve 50% of the period and detention. The applicant argued no weight was placed on the mental health and other mitigating factors of the applicant.

By way of personal background, the defendant had very low intellectual capacity, was on the autism spectrum, suffered from ADHD and Oppositional Defiance Disorder and had an exceptionally disadvantaged background. The applicant had and a history of similar types of offending and violent behaviour. A psychological report concluded he had very little by the way of empathy, and “presents a probable high risk of sexual reoffending… Future risk of sexual recidivism has been assessed as high”

Where the 3rd point is a live consideration, it operates to remove the disability as a mitigating factor (but not increasing the penalty).

Finding: The appeal was not successful.

Where mental health factors have been identified, consider how the court could view the impact it should have on sentence: